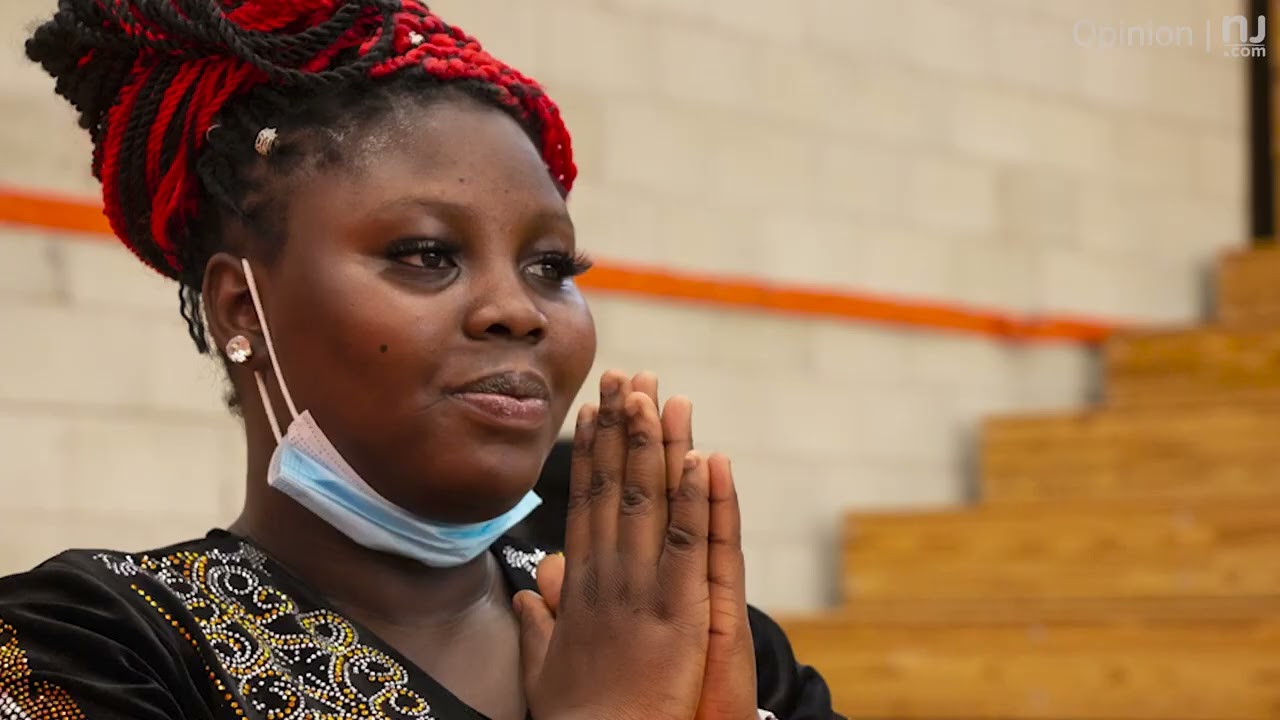 Weequahic High School takes the empowerment of its students to heart. Recently, the staff dedicated a day to center their female students by curating talks and workshops that spoke directly to their needs.

With a school population that is predominantly Black, educators at Weequahic focus their efforts beyond prescribed academics and take every opportunity to inspire its students.

They understand that Black students in New Jersey’s inner-city schools start their educations with a deficit. It’s no secret that public schools in the state are segregated due to redlining practices that divided neighborhoods across color lines. This phenomenon created a disparity in the money available to schools, which impacted educational outcomes.

However, there is an awareness at Weequahic that Black students need more than core academic classes to catch up to their non-Black peers; they need to see themselves reflected in positive role models.

“We just wanted someone who looks like them,” said Keya Sanders, a health and physical education instructor at the school who helped to organize the event. “Someone that they wouldn’t be intimidated by, that they can sit down and have real conversations with.”

They found that person in Roxanne Shante, well-known for her career as a rapper and now as an inspirational speaker for the youth in her Newark community, where she proudly still resides.

When the school calls, she says she answers because she believes in the work they do with their students and the surrounding community. Her program is called “Mind Over Matter,” which encourages youth not to concentrate on their circumstances. “We try to let them know that whatever it is that you put your mind to that is what matters and you focus on you."

Dr. Sharnee Brown is the chief education officer for Newark in the mayor’s office. She represents the office of comprehensive community education. Brown gave the keynote address at the beginning of the program, where she told the audience that they didn’t need to live up to the standard tropes - of bearing the world on their shoulders - around female blackness. “This is a wonderful opportunity to connect with our young women. And my message was to encourage women to be open to respect, tenderness, and help.”

Stephanie White Strout is a social worker at Weequahic and was part of the organizing committee for the Women’s Conference. She noted they had women from all walks of life hosting workshops, covering topics from dating to COVID to professional development. Strout said, “there are many unmet needs that our young people have. And one of those things can be barriers to transportation and trauma. It can also be the digital divide. We want to make sure that we bought community to the students and students to the community.”

Strout wants to build on this years’ event and hopes to incorporate parents next year. She also wants to enhance their speaker’s bureau.

Kimani Fontaine is a student at Chancellor Avenue School next door to Weequahic. She said they invited eight graders to attend the Women’s Conference. Fontaine has several brothers at home and was happy to be around other girls. She liked Shante’s talk about being resilient and said it stuck with her. She opted to take the yoga workshop that day. “It was very relaxing,” Fontaine said about the yoga class as she came out of tree pose, “it helped my mind reset.”

In their study, “Role Models, Mentors, and Media Influences,” Melissa S. Kearney and Phillip B. Levine concluded that children who participate in formal mentoring programs see improvements in their school performance and are more likely to avoid the criminal justice system.

Black students are often on the losing end of the public school system equation, demonstrating lower test scores and lower rates of graduation.

All methods of education and empowerment must be employed for students’ successes and to benefit our society at large.

Weequahic staff strive to model behavior through their educators and administrators and bring in role models from the community like Shante and Brown. They can serve as mentors, precisely what their students need on the road to success.

Ande Richards is new to New Jersey. She wants to hear from New Jersey’s communities of color, people with disabilities, the LGBTQ+ communities, and those who feel underserved by traditional media. She may be reached at arichards@nullnjadvancemedia.com. Follow her on Instagram @angelcitygirl or Twitter @anderichards.

The Office of Admissions at Weequahic High School is committed to recruiting highly motivated young adults from all neighborhoods in Newark.  Our mission is to provide a safe environment in order to ensure that all students graduate ready for college and/or career pathways equipped with the academic, social and critical thinking skills necessary for success in the 21st Century. The core beliefs we hold are knowing that every student can achieve in a safe, pleasant and nurturing learning environment that fosters high expectations where students develop self-esteem and self-advocacy skills.

Weequahic High School is home to the Allied Health Services Academy The goal of the program is to provide preparation for multiple health careers through a curriculum emphasizing science, human and organizational elements of health care, with the opportunity to earn college credit and career oriented clinical experiences. The program was developed by the University of Medicine and Dentistry (UMDNJ). Students who successfully complete the UMDNJ course of study will have the opportunity to earn up to 22 college credits!

Through specific courses of study, students will also have the opportunity to earn one of the industry certifications listed below: The following information is captured when you complete the Newark Enrolls application using this link: https://newarkenrolls.org/

You will be interviewed by the Principal and Recruitment team via Webex once your application is completed.  You will also complete an open-ended essay response or slides presentation.  All components of the application must be completed.

How to submit your responses to the interview & essay questions?

You will be contacted by the Recruitment & Enrollment Team to schedule the interview portion after your application has been processed.

Please be reminded that all steps in the admissions process must be completed.